SCENARIO: Sports fans in Briar Run, Ky., got a kick out of watching the 5- to 7-year-old “Little Guys” division of the Colt League Football team practice at the Briar Unified High School football practice field on Thursday afternoons.

Who wouldn’t be charmed by the sight of those tiny athletes, their shoulder pads extending well beyond their narrow shoulders?

It was on that field in 2000 that a group of uncommonly gifted athletes met on the practice field for the very first time.

Almost from the moment they met, their teachers and coaches knew that this group was something special. Five years later, by the time the boys reached middle school, Tom Halloran, the Briar Unified High School football coach, was eagerly looking forward to coaching them.

For his part, the quarterback was famous for lingering in the pocket until the last possible  second, drawing the defense ever closer and then delivering another strike from his rocket arm.

What happened in Briar Run was being repeated all over the state and the country. The plaintiffs’ attorneys had plenty of ammunition to work with.

Leveled time and again in those state championship games by linemen weighing 250 pounds or more, the quarterback got up, shook it off, pulled the grass and dirt out of his face mask and went back to the huddle.

It was during their senior year that the quarterback and two of his key receivers proved themselves immune to the idea of playing Division 1 football. No, these three exceptional young men had other plans.

The close friends enrolled at the University of Kentucky, not to take part in that school’s well-known sports programs, but to seek dual majors in engineering and business.

It wasn’t until their junior year in college that things started to go wrong. Never much of a partier, the quarterback  started to engage in binge drinking. He drank so much he’d pass out.

The other athletes started to change too. The happy-go-lucky speedsters started to darken and become more removed. Their grades by the end of their junior year dipped dramatically.

Worse things were ahead. In 2019, the quarterback, alcoholic and drug-addicted, passed out and froze to death on the parking lot of a fast food restaurant, where he’d been rummaging in the dumpster for a meal.

An autopsy revealed advanced CTE, or chronic  traumatic encephalopathy, a degeneration of brain tissue linked to repeated blows to the head from contact sports, military service or other high-conflict activities.

He wasn’t the only one. Three other teammates from the Briar Unified state championship teams didn’t make it to their 40th birthdays.

Two died together in a drunken car crash and another took his own life. The autopsies of all three revealed CTE.

What happened in Briar Run was being repeated all over the state and the country. The plaintiffs’ attorneys had plenty of ammunition to work with.

Because the football stars limited their playing time to the Colt League, middle school and high school, liability for the arguably preventable head injuries was clearly defined.

In the cross-hairs were the Colt League, the Briar Unified School District, Coach Halloran, and entities like them all across the country.

ANALYSIS: Class-action lawsuits stemming from traumatic brain injuries and degenerative brain disease could cause substantial losses for the insurance market and contact sports leagues at all levels.

It started with a group of ex-players suing the NFL, alleging the league hid the dangers of head injuries. That case, which awaits approval from a federal judge, is expected to cost the league more than $1 billion. That case was followed by the NCAA settling a lawsuit for $75 million, and a group of 29 ex-players recently suing the NHL with the same allegation.

Experts agree: This is just the beginning. “I believe that concussions have the potential to be as significant as asbestos in terms of casualty litigation in the U.S.,” said Robert Rheel, executive vice president and head of U.S. property & casualty and programs, Aspen Insurance.

While it’s getting a lot of attention at the pro and college levels, where athletes are bigger, stronger and faster, it’s trickling down to high schools and youth leagues — which have significantly more players — meaning more potential litigants.

Almost 1.1 million boys played high school football during the 2013-2014 school years, according to the most recent data from the National Federation of State High School Associations.

Another 351,890 kids 17-and-under registered to play hockey, according to USA Hockey. And there are a number of additional contact sports, like lacrosse, field hockey, rugby and even cheerleading.

High school football players suffered 11.2 concussions for every 10,000 games and practices, according to the Institute of Medicine. Among college players, the rate stood at 6.3.

“Given the potential number of participants in sports where there is head trauma and given the nature of litigation in the U.S., I don’t see any end in sight for litigation for concussion claims,” said Rheel.

In yet another extension of this alleged liability, the mother of a former football player who committed suicide at the age of 25 filed a wrongful death lawsuit against the Pop Warner football league in February, alleging that cognitive damage from his three years playing youth football was responsible for his death. As this scenario unfolds, there’s more medical awareness and advancement for

detecting concussions and learning about their impact and long-term effects. That means players and/or parents could be quicker to sue a league for damages over concussions because they believe there’s a causal effect.

Eric Silverstein, national accounts team leader at Lockton Cos., said helmet and sporting equipment manufacturers are likely to have the most exposure, while it might be hardest to bring a lawsuit against a municipality or town because they are likely to have sovereign immunity.

A league, which sets standards for how concussions are treated, is likely somewhere in the middle.

But there is hope. Public awareness around head injuries has evolved to the degree that many leagues have already changed policies for dealing with concussed players. Many leagues forbid sending woozy players back into the game, and recommend increased medical evaluations for potential concussions.

“Given the potential number of participants in sports where there is head trauma and given the nature of litigation in the U.S., I don’t see any end in sight for litigation for concussion claims,” — Robert Rheel, executive vice president and head of U.S. property & casualty and programs, Aspen Insurance

Football has been in the spotlight more than any other sport. Tom Whitenight, senior vice president and founding principal of ABD Insurance — who played football alongside Troy Aikmen at UCLA — said that when coaching his son’s youth team, he makes a point of teaching “heads up tackling” methods, meaning players must “see what they hit” rather than using the crown of their helmets to hit other players. He also said enforcement of those rules is key: When players get a penalty for not following safety rules, they’re less likely to repeat it, making the game safer. But watch any football game and there’s still plenty of helmet-to-helmet contact that’s just incidental, but still dangerous.

If class-actions do eventually come down the pipeline, insureds will have to be ready to explain that they’ve taken the best precautions available.

But what is the standard? When does the assumption of risk as an athlete kick in?

“How do you hold an insured accountable for a certain standard if it doesn’t exist?” asked Lori Shaw, executive director of the entertainment practice, Aon Risk Solutions. “It’s important to be precise and practical about documenting that insureds have done all the inquiries, done all their due diligence that a prudent person would do, and that they’ve wrapped their operational protocol around the best information that’s available today.”

Silverstein added that standards will be hard to apply uniformly.

The way the NFL handles concussions, he said, might overwhelm the resources of school systems.

“It is offered selectively and it is tightly underwritten,” said Shaw.

“We’re still in the early stages,” she said, “of watching how the court system will respond and react to some of the coverage disputes associated with the type of concussion claims we’re seeing.”

Jared Shelly is a freelance business writer. Dan Reynolds is editor-in-chief of Risk & Insurance®. They can be reached at [email protected] 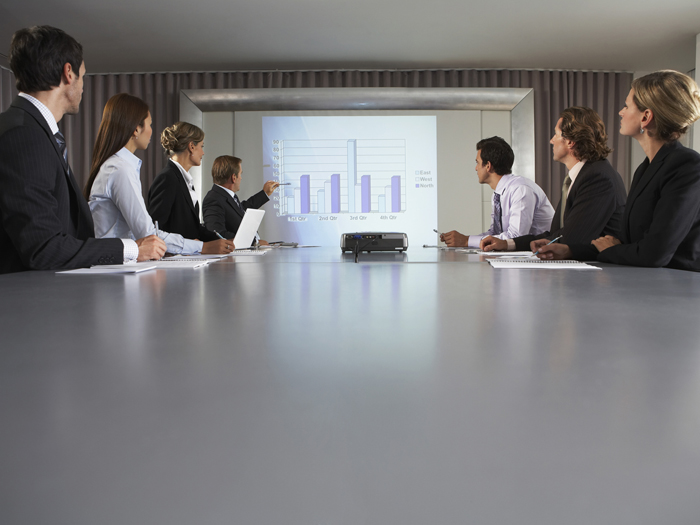 Crypto Cops: Whatcha Gonna Do When They Come for You?

Cryptocurrency is gaining traction, not just in society, but in business as well. Keeping up with regulations will be paramount.