Return-to-work delays, physical pain and treatment non-adherence are all in play when an injured worker has PTSD.
By: Courtney DuChene | May 29, 2020
Topics: Workers' Comp | Workers' Comp Forum If an injured worker is diagnosed with PTSD, it can create a variety of problems throughout the life cycle of a claim.

People suffering from PTSD may experience a variety of different symptoms, but some of the most common ones are heightened fear and arousal; depression, anxiety and other mental illnesses; nightmares; intrusive thoughts; and a desire to avoid the site of the traumatic incident.

These symptoms can make it hard for an injured worker to resume their daily routines after an accident, and in a workers’ compensation context, it can make it more difficult for the worker to progress in the treatments needed to heal.

In order to best help patients with PTSD, then, those in the workers’ compensation industry need to understand how the disease affects recovery.

Professionals explained how they see PTSD arising in workers’ comp, identified the ways in which the disease can delay recovery and recommended several strategies for keeping claims on track.

PTSD in Workers’ Comp: When You Might Have a Claim

PTSD claims can arise in a number of ways within workers’ compensation. Many states have presumptions for first responders who, upon witnessing tragic events while on the line of duty, can experience symptoms. Outside of the first responder community, a worker could contract PTSD after being involved in a workplace violence incident, like a teacher who witnesses a mass shooting or a bank teller who experiences an armed robbery.

In these examples, PTSD would be the primary injury a person is receiving workers’ compensation benefits for, but in some cases, the disorder could also be compensable as a secondary effect of physical injury.

“The symptoms of PTSD not only occur alongside physical injury, but often overlap with the other mental health conditions, such as depression and anxiety,” said David Vittoria, LCSW, MCAP, ICADC, senior vice president of clinical business and product development at Carisk.

“For example, approximately half of people with PTSD also have a diagnosis of Major Depressive Disorder, so it is critical to not only ensure that these conditions are diagnosed accurately, but also treated properly.”

Workers who have been involved in a catastrophic workplace accident, sustained traumatic brain injuries, or who have chronic pain are also susceptible to PTSD.

When a claim does arise in conjunction with a physical injury, it can delay recovery, worsen pain symptoms and prevent workers from returning to the office.

1)  Injured Workers May Have Difficulty Adhering to Treatment Plans

PTSD symptoms are highly disruptive. Injured workers may experience nightmares about their accident, flashbacks to when the injury occurred and intrusive feelings of panic or fear of being reinjured.

All of these negative physical stimuli can make workers fearful of anything that reminds them of the accident, which Vittoria said can make it difficult for workers to adhere to treatment plans.

“These symptoms not only affect the patient’s psychological condition, but their ability to actively participate in their recovery,” he said. “It is challenging, therefore, for those diagnosed with PTSD to attend doctor’s appointments, engage in physical exercise, even return phone calls, in some instances.”

The sounds of certain medical facilities can also be triggering for workers with PTSD. An injured worker who had their arm crushed in a factory could be startled by the crashing, crunching sounds of the weight machines in physical therapy and fear could lead to skipped appointments.

“When PTSD is there, it is the barrier. It prolongs everything,” said Shari Botelho, MBA, BSN, RN, CCM, operations director for Absentia Solutions. “It could be that they can’t get to physical therapy because of that stimuli that makes them go into a frightened state.”

Medical appointments aren’t the only part of a treatment plan an injured worker has trouble adhering to.

Nightmares or depression caused by the disorder could leave them drowsy and unfocused, which could cause them to forget to take their medications. Workers could also be trying to adhere to doctor’s orders, but find themselves unable to due to the process of healing reminding them of the injury and causing them to enter a fearful state.

When it comes to PTSD, the emotional symptoms of the illness are obvious, and it’s easy to see how they can delay recovery.

What’s more insidious are the ways PTSD can heighten workers’ experiences of physical pain. Studies have found that PTSD and chronic pain are closely linked, with research finding that anywhere from 20-30% of PTSD patients experience chronic pain symptoms. When PTSD occurs alongside one of these other painful conditions, it can be difficult to distinguish the manifestations of PTSD from those of the physical illness.

Post-concussive syndrome, common among TBI patients has symptoms that are near identical to those that are associated with PTSD: irritability, difficulty concentration, and disturbances related to loud noises.

What’s more, PTSD may be the driving factor of some of these physical symptoms, experts say.

“By addressing the underlying psychological condition, we may be able to impact physical function in these patients.”

The interplay between physical pain and PTSD symptoms can trap injured workers in a cycle where it feels like they might never heal.

3) Employees May Fear Returning to Work

Even if workers’ compensation programs manage to help a worker with PTSD to stick to their treatment plan and recover from physical pain, their recovery could be derailed once it’s time for them to return-to-work.

Returning to the place where the accident occurred can re-trigger PTSD symptoms, leaving an injured worker back where they started when it comes to their mental health recovery.

“The longer the employee is away from work the longer it’s going to take the PTSD symptoms to stop, and so it kind of leaves that employee stuck. They can’t return to work or a productive lifestyle because the work environment is what exacerbates the PTSD symptoms, but yet the absence of them going to work delays the recovery.”

The desire to delay returning to work can be especially acute among injured workers with avoidance symptoms, according to Hall.

“If somebody has these symptoms that make them want to avoid certain situations, whether it’s people, places or activities, whatever, that might make them have a less of a desire to return to work as well because they just want to avoid a situation that reminds them of the injury or makes them think that they could get reinjured,” Hall said.

4) PTSD Can Be Hard to Diagnose

The problems with treatment adherence, the increased physical pain and delayed return-to-work are just minor hurdles if an injured worker doesn’t even know they’re suffering from PTSD. The difficulty of diagnosing the disease in workers’ compensation patients allows it’s other symptoms to derail claims for far too long in many cases.

Part of the reason PTSD is difficult to diagnosis in workers’ compensation is due to the fact that many claims adjusters and providers are trained to focus on the physical injury. “Many times when there’s a physical injury all of the attention, or at least most of the attention is focused on helping that injury heal,” Hall said.

“I think sometimes we get focused on the physical injury and we get focused on what the x-ray is showing us about that broken bone, but we’re not focused on asking the questions that might not immediately come to mind regarding that person’s overall emotional and mental health.” The symptoms of the disease also make it difficult to diagnose, however. Unlike a physical injury, PTSD’s symptoms may not appear until months after the physical accident or traumatic event.

“PTSD may not start immediately after the trauma. It may come out later on, potentially days, weeks, months even after the injury has occurred,” Hall said.

When they do appear, the injured worker may not want to discuss them due to both the disorder’s characteristic avoidance symptoms and the stigma of mental illness more broadly.

Vittoria likened an injured worker’s inability to discuss their PTSD symptoms to a domino effect that could hinder the rest of their recovery.

If an injured worker is afraid to discuss their injury, then a claims manager or a medical provider could have a hard time developing a treatment plan, which in turn could cause the PTSD symptoms to worsen.

How Can Workers’ Comp Address PTSD?

In order to address PTSD and prevent it from thwarting recovery, experts say  early identification is key. “The better assessment that we can get upfront  helps the adjusters and the nurses prepare,” Bothelo said.

“I think we see an area of opportunity in our industry – especially with our frontline healthcare workers and first-responders – to learn more about the individual, family, employer, community and systemic impact of PTSD,” Vittoria said.

Fortunately, incidences of PTSD after a workplace injury are likely to be rare. Most people don’t develop the condition after a traumatic event and only 8% of all U.S. adults will experience the condition at some point in their lives. & 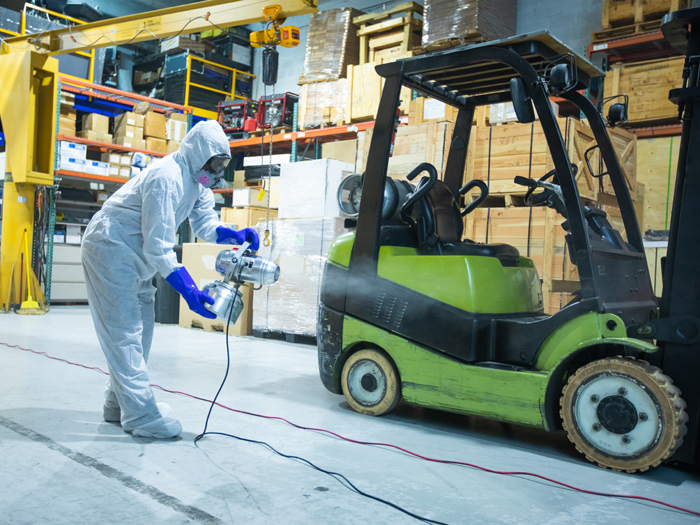