A top broker sometimes saves not only the insurance program for a difficult risk but also the reputations and possibly even the jobs of the client’s top executives.

In the case of one pharmaceutical company, the company’s CFO and new risk manager were on the hot seat when a long-time broker failed to secure the tower of D&O liability insurance that senior management wanted.

The risk manager decided to dismiss the broker and bring in Paula Bennett instead, knowing full well that things could get even hotter if Bennett didn’t come through. But Bennett, whom the risk manager calls a “very cool customer,” came through indeed, turning the heat way down.

Bennett produced a “road show” that showcased the company and its risks to U.S., U.K. and Bermudian underwriters. She ultimately placed the tower at what management considered a reasonable price. “We expected [the renewal] to be brutal, but it wasn’t at all,” the risk manager said, because of Bennett’s grasp of underwriters’ interest and risk appetite.

Bennett’s understanding of D&O insurers’ appetite for pharmaceutical risks similarly impressed another large client approaching a hardening market to renew its program with a tight budget and active claims.

Bennett “is a professional’s professional,” the client’s insurance director observed. “She never promises more than she can deliver. She knows her markets and anticipates their responses.” Douglas Carey doesn’t take shortcuts in researching his clients’ or even potential clients’ business, and it pays off in spades when he takes those risks to market.

Within the past year, Marsh — with Carey’s guidance — provided an extremely detailed response to an RFP. “This was something that the other competitors did not do,” the company’s treasury manager noted. “He took the time and effort to completely understand [our] requirements and spent hours dissecting where he saw challenges as well as opportunities to bolster our program.”

Carey saw an opportunity to “reinvent” the client’s name in the insurance market, the treasury manager said. Carey’s team studied the client — its brand, processes and vision — and scheduled meetings that provided the client’s top executives with forums in New York and London to identify the client and themselves to underwriters.

“Carrier feedback was extremely positive, as most commented that under the previous broker, they didn’t fully understand the company and its product mix,” the executive said.

Carey’s approach resulted in a noteworthy successful placement, which the broker completed within just a few short months.

The executive noted that even though the commission and fees he paid for the new program were significantly lower than for the expiring program, “we received much more insight into local placements, doubled our product liability tower at approximately the same premium dollars as expiring, and significantly bolstered our policies.” Karen Lawson mends fences — fences with breaches too large for any client to leave unattended.

When a client of Lawson’s sufferred a loss, several insurers refused to renew its excess product liability coverage, and others reduced their capacity. Lawson found other underwriters willing to replace the lost capacity at relatively reasonable pricing, the client’s risk manager explained. But when a subsequent loss occurrred, the company faced a challenge that seemed insurmountable.

Although management had come to terms with buying reduced limits and a much higher retention, finding sufficient capacity with no gaps in coverage wasn’t easy. Lawson, however, persuaded the market not to abandon the account, and delivered the coverage again.

“The less obvious benefit of the success of the second challenging renewal was the fact that parts of our company had additional time to come to grips with the likelihood that we will eventually become fully self-insured for this risk,” the risk manager observed.

Another client that was renewing its umbrella coverage had seen its relationship with its insurers deteriorate “to an almost untenable position,” according to the client. But Lawson “was instrumental in providing insight that allowed us to direct our energy effectively to rebuild the relationships and secure a successful renewal,” the official said.

“Karen was able to secure extensions from insurers on ‘as expiring’ pro-rata terms that allowed us to continue negotiations,” the official explained. “The additional time allowed the program to be restructured in a way that could not otherwise have been achieved.” There are risks that are tough to place — and then there are those that are so tough they make the rest look like a game of pat-a-cake. Those are the risks that people bring to Michael O’Neill.

That was the case for a pharmaceutical company that is publicly traded in the United States, but based outside. As it was courting its D&O liability insurers during its last renewal, the insurers perceived some serious reasons to drop the account. For example, the law in its domiciled country compelled it to issue statements disclosing its involvement in potential and preliminary merger and acquisition activity — disclosures that U.S. companies are not required to make, the client’s inside counsel noted. In addition, the company was among several pharmaceutical companies whose sales and marketing practices were under investigation by the U.S. Department of Justice.

“Mr. O’Neill proactively managed the situation by engaging as early as possible with the underwriters, hosting numerous information sessions and countless follow-up meetings to get our program insurers comfortable and willing to renew with flat premiums,” which thrilled the pharmaceutical’s senior management, the counsel said.

“I truly believe, as evidenced by the results we received, that it was his leveraging of relationships, along with the good will and the reputation he has with insurers that enabled us to place our program so successfully even in light of the challenges we were facing.”

A High Level of Organization Clients praise Lindsay Roos’ organizational and communication skills. Both have been critical to extracting clients from product liability risk-financing jams resulting from insurers cutting back capacity and even dropping off clients’ programs.

A risk management executive for one life science client noted that for a less-than-budgeted premium increase, Roos replaced one insurer that had dropped off its program and convinced another to stay despite its decision to pull out over reinsurance problems.

“Lindsay is very organized,” said the client. “She was also instrumental in helping us explain the price increase to our board of directors and developed a very useful analysis which highlighted the increase vis-a-vis our sales increase.”

Another client faced a coverage gap shortly before renewal. An underwriter that participated on a low layer of the program dropped out without much warning. Educating insurers across multiple time zones about the client and its product resulted in multiple options for the client to eliminate its coverage gap within a few days, the client noted.

“It was really a scramble, and she managed the process beautifully,” one executive said.

“I think her high level of engagement was a very important attribute that she brought to the process,” another executive observed. As United Therapeutics Corp. prepared to embark on a professional endeavor no other entity had ever attempted, it tapped Aaron Simpson to line up professional liability insurance.

Simpson’s ability to place effective and affordable coverage played a significant part in UT’s ability to launch its new, potentially life-saving service in early 2014, according to Christina M. Donnelly, director of risk management.

The new service center that UT and a partner have developed is designed to ease the critical shortage of lungs needed for patients awaiting transplants by rehabilitating donated lungs that are not suitable for use in those surgeries.

“When we started down this path, we had no idea under what regulatory jurisdiction such a procedure and/or facility providing such treatment will fall under,” Donnelly explained. “Aaron did not wait for that determination to be made before reaching out to medical products and professional liability insurers and laying the groundwork for what would ultimately become a very successful, seamless and cost-effective insurance coverage placement for our new exposure. Having the peace of mind that comes with an effective risk transfer program allowed UT’s leadership to focus on all of the other processes necessary to achieve our projected Jan. 1, 2014, launch date.”

After the coverage was bound for another client, a revised product forecast showed the client’s professional liability exposure was less than initially projected. Simpson managed to negotiate a 5 percent reduction of premium with the primary insurer, said the client. This Kansas workers' comp manager changed one school's safety culture by focusing on proper training, work-life balance and the world of special education. 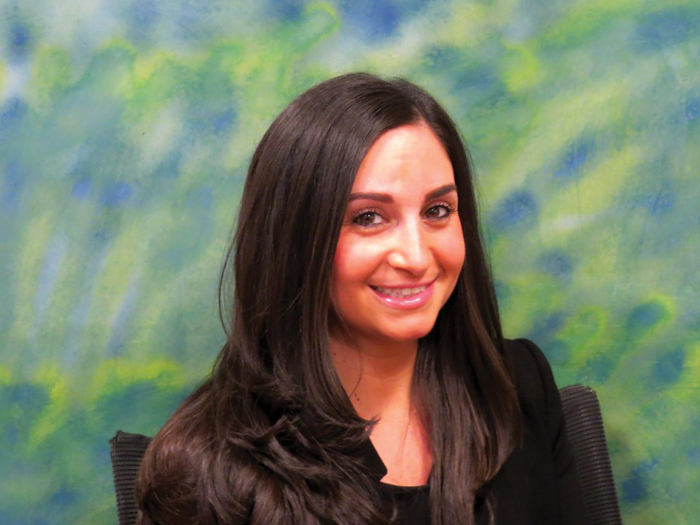