Following the recent announcement of Sandy Bigglestone’s transition into the Deputy Commissioner’s role, the State’s Captive Insurance Division shares some of the secrets behind its 40-plus-year history of stability and its loyal and longstanding team.
By: State of Vermont | August 1, 2022 Succession planning should be at the heart of any reputable business or organization.

It’s vital to put a plan in place to ensure that entity’s continuity over the long-term, and to avoid any shocks or sudden changes.

But in the insurance captive industry, succession planning is more challenging than for most other fields.

The Baby Boomer generation that started the industry in the 1980s is retiring and there aren’t enough new professionals coming into the industry to fill the void. The problem has been exacerbated by the COVID-19 pandemic and the Great Resignation of 2021.

Vermont, however, is a prime example of a domicile that’s bucking the trend and creating a blueprint for others to follow. With a 40-plus-year history of stability, the state’s Department of Financial Regulation’s Captive Insurance Division has been actively promoting from within wherever possible and its workforce’s longevity is evidenced by its low turnover rate. The Division’s succession planning has been epitomized by the recently announced transition of its Director of Captive Insurance, Sandy Bigglestone, into the Deputy Commissioner’s role. With Dave Provost retiring from the role in the summer, Bigglestone, who has been with the Division since 1997 and, in fact, hired Provost in 2001, will step up to replace him.

It’s a move that has been in the offing for some time, with the pair working closely together and Bigglestone getting to know the role inside out over the last 14 years. Having started as an entry-level examiner and worked her way up, she also has a deep understanding of what is required through her interaction with the National Association of Insurance Commissioners and its accreditation program, as well as the legislative and budget processes.

“Succession planning should be an ongoing thought process,” said Bigglestone. “Organizations need to look at their leadership pipelines and make sure they have a plan in place for when the time comes for the person at the top to move on.”

“In Vermont’s case, strong regulatory continuity is key for the captive industry we serve. It’s testament to our job satisfaction and retention that many of our senior people have held key leadership positions for so long.”

“Our team is fully vested in and wants to contribute to the industry’s success. That type of commitment will ensure we are sustainable moving forward.”

Rather than being reactive when people step down or leave the industry, organizations need to be proactive and plan for the future. That requires building the infrastructure needed to attract and retain more talent on an ongoing basis.

Succession planning brings several key economic benefits too. A stable captive industry boosts its domicile’s economy through significant tax and fee revenue, which is used to support and employ local residents. In Vermont’s case there are about 400 Vermonters in direct jobs in the sector, according to a 2019 survey.

There’s also a large downside to not implementing succession planning. Failing to do so means vital knowledge and experience is lost.

“There’s a big price to pay for not having a succession plan in place,” said Provost. “That’s why it’s vital there are people at all stages of the career path that are ready to step up when the moment comes.” A big problem with hiring people into the industry, however, is the perception of an insurance job as a salesman in a suit. To address the issue, organizations need to engage more across a broader spectrum of people and dispel that myth by selling the full range of jobs available.

“We have to get the message across that it’s not all about sales,” said Provost. “There are some really interesting jobs out there that people don’t immediately think of, such as data analytics, and safety and loss control.

“Also, the work is highly engaging and diverse. In what other line of business would you get to talk to people about what they do for a living and gain a unique insight into how their business works? Every company is as different as the next.”

Those career choices need to be reinforced by establishing stronger connections with colleges and universities, and attending careers fairs and giving presentations to students. The industry should also be running more campaigns and education events in the wider community, and taking advantage of the media to raise awareness of the opportunities available.

Vermont’s Captive Insurance Division hires interns every summer and directly involves them in its work. They also attend the Vermont Captive Insurance Association’s annual conference, where they get to interact, learn from educational programs and see the industry firsthand.

The division, in conjunction with the Economic Development Department, has also launched a new career page on its website (www.vermontcaptive.com/careers/) which features a host of resources for people to learn more about the captive industry as a career choice. In addition, it has run a series of blogs and a video focusing on some of the newer professionals that have joined, and the job satisfaction and benefits they have enjoyed.

“A big part of education is just sharing some of the success stories about people in the industry,” said Brittany Nevins, Captive Insurance Economic Development Director for Vermont. “We’ve been explaining all the benefits of a job in the captive industry, such as an average pay of $91,000 per year, and the chance to travel, and gain an insight into a host of different types of businesses and sectors. Particularly in Vermont, a rural state, it’s rare to find all these benefits in any other industry sector.” 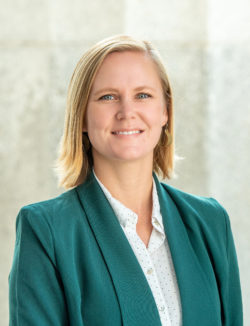 Flexibility is another key selling point. The Captive Insurance Division was already geared up for remote working before the pandemic struck, enabling it to appeal to a wider pool of employees.

As far as training is concerned, the Division runs an ongoing program to improve existing skills and develop new ones. It also fosters a culture that attracts critical thinkers and problem solvers, and looks to support people in their growth and professional development, and provide new opportunities to those who want them.

“We want to provide opportunities for people to stretch their abilities so that they achieve their full potential,” said Bigglestone. “For example, if someone had to drop out of an important meeting, I want to feel confident someone else could step in. It will be important to facilitate a process for future succession by making sure others are ready to take on the roles and responsibilities.”

Another vital part of the equation is diversity and inclusion. Vermont provides its staff with specific training on the subject, and some staff are part of industry-wide initiatives such as the Captive Insurance Companies Association’s Amplify Women™ and NextGen committees.

“These initiatives are helping to increase opportunity for people to have their voice heard and be recognized for their contribution to the industry by being nominated for awards,” said Nevins. “They are also enabling historically marginalized groups to work their way up in the industry by providing them with opportunities for networking and speaking engagements. These initiatives help compliment succession planning efforts and companies and organizations should encourage their staff to participate whenever possible.”

To learn more about Vermont’s Captive Insurance Division and opportunities in the industry, visit www.vermontcaptive.com. Two top docs in the workers' comp arena bust key myths the industry must contend with surrounding cannabis use amid the substance's legal momentum.