There is one key golden rule in the Nordstrom employee handbook: “Use good judgment in all situations.”

It sounds a little old-school, but that makes sense coming from a 116-year-old retailer.

From a workers’ comp standpoint, the other key rule is to treat the company’s 72,000-plus employees with the same level of care as customers, said Janine Kral, the company’s vice president of risk management. Kral delivered the keynote address at the 26th annual National Workers’ Compensation and Disability Conference & Expo on Dec. 6 at Mandalay Bay in Las Vegas. “It’s as simple as keeping the employee at the front-and-center of everything we do,” said Kral, who leads a 75-person risk management team that includes 29 people dedicated to the company’s self-insured, self-administered workers’ compensation program.

That employee focus has always been a core value for the Nordstrom family and for the risk management team, said Kral. The company’s decision to self-insure three decades ago was actually driven by the dissatisfaction of injured workers.

Clearly Nordstrom was a proponent of employee advocacy long before that term joined the lexicon of industry terminology.

Claims examiners are trained to use a customer service approach to claims and to be active listeners. Nordstrom doesn’t encumber them with excessive rules, instead empowering them to rely on their good judgment

“The more rules you have, the further away you are from the customer,” said Kral.

Active listening also helps claims examiners identify high-exposure claims and determine which cases might benefit from nurse case management. Kral said the company’s claims examiners do an excellent job of looking not only at the initial facts of a claim, but also think ahead to what could impact outcomes down the road.

Nordstrom selects service partners carefully to ensure that everyone shares the same values and level of care for employees.

“If one person is negative, it can all go south,” said Kral.

Being employee-focused doesn’t mean that the company never denies claims, said Kral. But when they do, they have solid footing to explain why. And in some cases, the company has taken steps to help employees outside the scope of workers’ comp even when a claim wasn’t compensable.

“The more rules you have, the further away you are from the customer.” — Janine Kral, vice president, risk management, Nordstrom

In one case, said Kral, a 22-year-old employee was paralyzed from the neck down. The claim was ultimately determined to be non-work-related. But the company took the step of getting a special van to give him more mobility.

“As an industry, we need to get back to [focusing on] the worker in workers’ compensation,” said Kral. 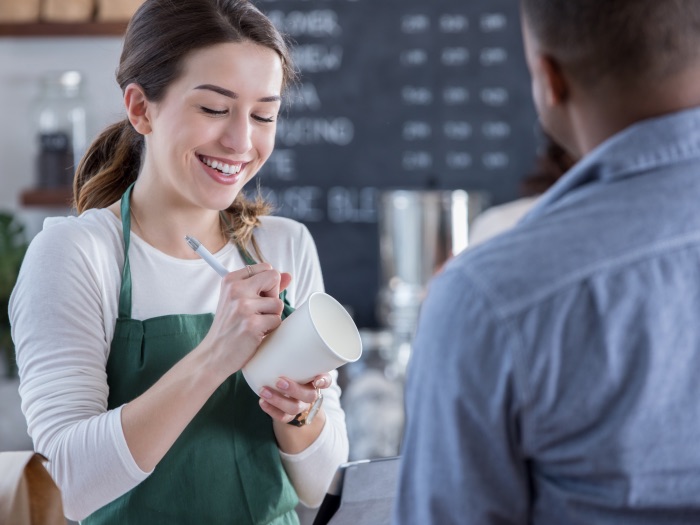 Starbucks Brews New Mental Health Benefits for Employees. Here’s Why Your Company Should, Too

The coffee giant Starbucks will roll out expanded mental health offerings for its employees on April 6.