States all across the country have filed suit against major pharmaceutical companies in an effort to recoup damages they claim are due to irresponsible marketing practices.

While such trials are an impressive show of visibility for a crisis that went unnoticed for far too long, they do almost nothing to help alleviate the scourge of addiction that has already taken hold.

In the workers’ compensation arena, it raises the question of managed care and who should be held responsible for tapering programs and other interventions for opioid-dependent claimants.

Ohio and Oklahoma are the two primary states where the range of lawsuits against opioid manufacturers have been consolidated.

According to the Pew Trusts, Iowa, Kansas, Maryland, Pennsylvania, West Virginia and Wisconsin also filed lawsuits against Purdue Pharma LP in May. That means that 46 states have pending cases against the maker of the blockbuster drug OxyContin.

An additional 1,600 cases brought by municipalities and other groups have been consolidated in a federal court in Cleveland, Ohio, where the influential trial is slated to begin in October.

A study published in October 2018 by the JAMA Network utilizing a cohort of 9,596 injured workers found that 30 percent of workers who received an initial opioid prescription were still filling that prescription 90 days after the injury.

In Oklahoma, Johnson & Johnson is in the midst of a bench trial that began in late May and is predicted to run to mid-Summer.

Purdue and Teva Pharmaceutical Industries Ltd. were previously co-defendants in the case, but settled for $270 million and $85 million, respectively.

As information trickles out, it seems Johnson & Johnson is defending its marketing of the Duragesic patch and Nucynta painkiller in much the same way as other Big Pharma companies have in the press — by claiming that it cannot be held responsible for doctors that overprescribed the addictive drugs or for patients that become addicted.

Oklahoma is arguing that the drugs created a “public nuisance” that strained taxpayer resources used to address the crisis.

While we know, as reported by NPR, that $200 million of Purdue’s settlement will be set aside for addiction treatment services, it is unclear at this juncture whether any other damages won by the states (if they win) will actually go toward the arduous work of reclaiming even footing in the sphere of public health.

Meanwhile, entities on the edges of this picture, of which workers’ comp claims administration is one, are forced to reconsider their role in addiction treatment.

Ideally, workers’ comp case management should focus on compassionate communication and carefully-crafted opioid tapering programs. Optum championed this idea in a webinar last year, which discussed tapering in terms of the benefit to the patient, not simply as a cost-cutting measure.

A study published in October 2018 by the JAMA Network utilizing a cohort of 9,596 injured workers found that 30% of workers who received an initial opioid prescription were still filling that prescription 90 days after the injury.

Since this proportion is higher than the general population and tends to follow certain characteristics, the researchers urge interventions to prevent persistent use among older workers, plus those with “preinjury income more than $60,000, crush injuries, strain or sprain injuries, and a concomitant diagnosis of chronic joint pain.”

However, prevention, much like labeling Big Pharma a public nuisance, is no help to the currently addicted.

What We Can Do

Optum championed this idea in a webinar last year, which discussed tapering in terms of the benefit to the patient, not simply as a cost-cutting measure.

The speakers noted there is no one opioid tapering program that works for everyone and supportive medication and the continuation of any concurrent benzodiazepine prescriptions may be necessary to avoid withdrawal symptoms, reduce anxiety and increase compliance.

While some guidelines exist to assist providers initiating a tapering program (such as ODG), there is a lack of knowledge on all sides, especially since reports indicate that 80 to 90% of physicians in the United States have absolutely no training or education in the use of controlled substances.

The unique challenge of persistent opioid use among workers’ comp claimants provides an opportunity to set the standard of care for tapering, given the range of medical and administrative professionals involved at every stage of a claim.

Regardless of the outcomes in Oklahoma and Ohio, this is something we can start to make right without a headline-grabbing settlement. & 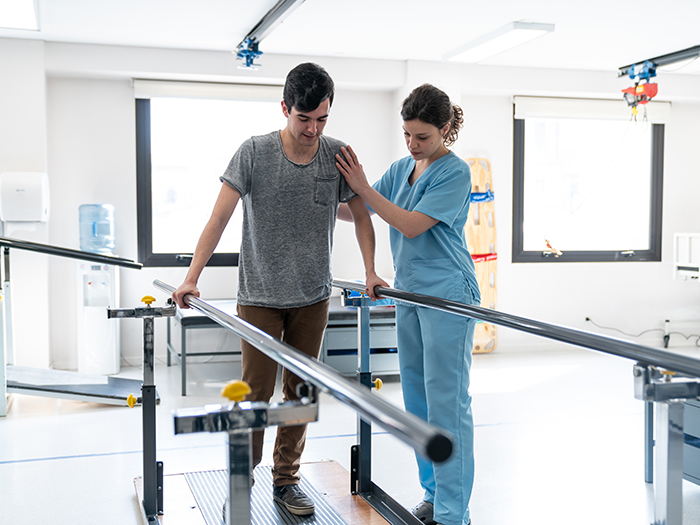