As the cannabis-legalization shift continues to sweep the nation, California growers are uniquely positioned to lead the way on ergonomic controls.
By: Nina Luckman | July 22, 2020
Topics: Ergonomics | Safety | Workers' Comp Ergonomics and the associated employer requirements to maintain safe workplaces, especially in industries where repetitive motion injuries are common, are at the forefront of modern claim prevention. However, the legal cannabis industry could be especially vulnerable.

As a legalization shift sweeps the nation, responsible cannabis growers in California are uniquely positioned to lead the way, while others either comply or face hefty penalties.

Alex Hearding, Chief Risk Management Officer of the National Cannabis Risk Management Association (NCRMA), believes the issue is primed for disruption due to the differences between the OSHA General Duty Clause and the California Ergonomics Standard. A perfect example of how state laws can supersede and augment vague federal standards.

While the familiar OSHA General Duty Clause effectively addresses ergonomic risks generally and OSHA guidance states that, “even if there are no guidelines specific to your industry, as an employer you still have an obligation under the General Duty Clause, Section 5(a)(1) to keep your workplace free from recognized serious hazards, including ergonomic hazards,” the California Ergonomics Standard will likely become the cannabis industry standard given that California outstrips any other part of the nation in terms of cannabis production. “The Emerald Triangle in the North by Humboldt County, they will continue to grow cannabis, that’s their culture. By that alone they will set the standard. We at the NCRMA see the ergonomic risks as a priority to support businesses and workers and to help create best practices and safe workplaces,” Hearding said.

“2021 will be the year of cannabis for a lot of reasons. This pandemic put a lot of states on hold — Georgia, the District of Columbia, New York — all basically have postponed implementation. Typically what these emerging states do is look at mature states and say, ‘Okay, what are their standards?’ And without a doubt California will lead the way in ergonomics.”

If Hearding’s prediction is true, the California Ergonomics Standard could become a national standard, and it is considerably stricter. In particular, it is triggered by “a job, process, operation where a repetitive motion injury (RMI) has occurred to more than one employee.” Meaning that if employees are properly informed of their rights, the likelihood of the standard applying is high.

For the cannabis industry, two particular motions are at issue. Pruning, a general agricultural motion, can cause musculoskeletal repetitive motion industries across many crops.

“But then there’s the trimming, which is a motion that is specific to the cannabis industry,” Hearding explained.

“Cannabis trimming, there is no other motion that mimics it that I’m aware of, it’s the picking of the leaf off of the bud. This typically happens at harvest season which is late September to November. It’s usually a two-month period and they hire a trim crew for a couple of months.”

With legalization, cannabis growing has moved mainly indoors, using state-of-the-art greenhouses which control the lifecycle of the plant. This results in a perpetual harvest rather than a seasonal one, and transforms a two-month ergonomic risk in a 12-month concern.

For workers, a lack of knowledge is a primary concern.

“The workers are not fully aware of their rights and I can tell you the typical cannabis worker from the older medical and even black market worlds are not programmed to report anything to any type of government agency. It’s the culture. So many employees are not aware that these injuries are reportable and covered by workers’ comp. There’s ignorance on a worker level and on a business-owner level as far as what rules apply to them.”

The risk for ergonomic claims is borne out by a 2019 Pinnacol Assurance study derived from data supplied by Colorado’s cannabis industry. Though the sample size was small — only 350 workers, the number one cause of injury was “sprain,” followed by cuts and slip-and-fall accidents.

Pinnacol’s Director of Safety Services, Jim McMillen, noted in a press release that, “As the cannabis industry continues to mature in Colorado, we see companies increasingly adding safety managers and focusing on basic ergonomic materials handling.”

“So many employees are not aware that these injuries are reportable and covered by workers’ comp. There’s ignorance on a worker level and on a business-owner level as far as what rules apply to them.” — Alex Hearding, Chief Risk Management Officer, National Cannabis Risk Management Association

A lack of urgency in that regard could generate immense costs for employers should the California Ergonomic Standard become generally applied. If an employer fails to report ergonomic injuries, fines start at $5,000. From there, general violations jump up to about $13,000, increasing with inflation annually. In 2020, the figure is $13,277. As with other OSHA violations, these multiply.

“If you have multiple or willful violations it goes up tenfold to $132,770, so these add up quick and can really devastate a business significantly,” Hearding said.

The good news is that mitigation strategies for ergonomic risks in the cannabis industry are generally in tandem with that for other industries, which rely on three major categories: engineering controls, work practice controls, and PPE.

Hearding emphasizes the first two categories, given the debate on wearables like back belts.

“Engineering controls, that’s where this is going to happen. For pruning, the height of the table. For trimming, same thing and also comfortable chairs with arm rests so you can put your elbows as pivot points to create a better posture,” he said. Additionally, work practices like limiting the amount of time an employee is trimming, and rotating employees to different tasks can make a significant difference.

Regardless of an employer’s method to control for ergonomic risk, the professionalization of cannabis growing will be a multi-faceted evolution across the board.

“Zero transparency, having no government agency aware of you and your operation was critical, and anyone that worked for these operations knew that. So the real transition is accountability and transparency.”

To that end, the NCRMA offers four courses in cannabis ergonomics including hygiene, lifting and trimming modules, along with consultations in accordance with the California Ergonomics Standard. Employers can also take advantage of the Cal/OSHA consultation services, available here. & 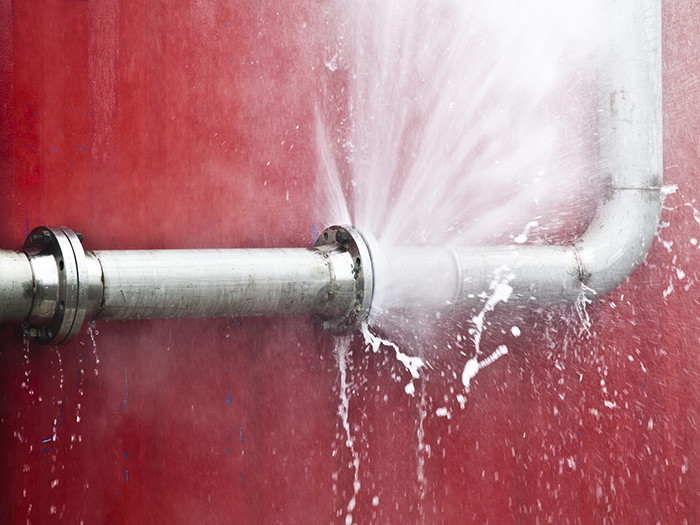 Rising Star Rebecca LaFazia took her passion for entertainment and the arts into a worthwhile career as a broker. Here's her story.