As the plane touches down, Meredith Fiers feels the butterflies in her belly. The risk manager for semiconductor manufacturer Bluepoint is now on the ground for her first big overseas assignment. Her task? Visit the site of a proposed Bluepoint plant outside of Chandigarh, India, the provincial capital of Haryana. Officials in Haryana are offering generous tax breaks, a prime location and help accessing an educated, modestly compensated local workforce.

But there are still some issues to work out. Fiers needs to help determine how exposed the plant is to flood and other hazards.

Her first meeting with government engineers in Chandigarh leaves her feeling that she has her work cut out for her.

“These flood maps leave a lot to be desired,” she says to herself as she reviews a set of plans and elevations with local officials.

Something pings in her gut. “I need to get out in the country and meet with some locals,” she thinks.

The next morning Fiers and an interpreter hop into a taxi and headed to the local village that is closest to where the Bluepoint plant will be built.

Fiers keeps her eyes peeled as the taxi driver navigates a bumpy provincial town road into the village. Out of the corner of her eye, she notices a group of older men gathered under the canopy of a Jujube tree.

“Stop! Here!” she says and the interpreter, in rapidly delivered Hindi, delivers the message to the driver.

“Ask them! Ask them,” she says excitedly.

“Ask them what?” says the interpreter, beginning to show signs of trepidation in the face of the forward manner of his American client.

“Ask them about flood,” Fiers says. “What’s the worst flood they remember?”

At the center of the group of villagers is an old man. Part of his white beard is stained by nicotine to a goldfinch yellow.

He nurses a glass of tea and the smoldering hand-rolled cigarette in his fingers seems like a natural extension of his anatomy. His dark eyes sparkled brilliantly though and he smiles as the interpreter approaches him.

The interpreter pops the question.

“Old man,” he says with a bit of cheek. “What is the worst flood you remember?”

The old man strokes his white-yellow beard and his smile fades as the memory hits him. Suddenly excited, he turns, jumps up and points with a trembling hand at a nearby temple wall.

Fiers turns and looks with him. She sees it immediately, a faint division in the shading of the stones. The stones to a certain point darker from the ground up, then lighter above. A highwater mark.

The man speaks excitedly to the interpreter in Hindi. But once he begins speaking, other members of the group started to engage and argue with one another. One pointing further up the hill; another pointing downhill. The argument soon becomes quite heated.

The interpreter turns to Fiers, surprised at the detail he just picked up. He just ignores the growing chaos behind him.

The village elder argument dies down and the old man sits down and takers a sip of tea; subdued again.

That night Fiers leaves an excited voicemail with Bluepoint’s CFO.

“Our proposed site is 1.5 meters higher in elevation than the worst flooding Haryana has ever seen,” she says.

By August of 2018, the Bluepoint semiconductor plant near Chandigarh is everything company executives thought it would be. The local workforce and management team are delivering like a dream. Part of Bluepoint’s confidence in the Chandigarh operation is that it is armed with a contract from Todah. Todah, one of the largest auto manufacturers in the world, is grabbing large chunks of market share with its hybrid vehicles.

This very month, Bluepoint wins yet another enormous contract, this time with a U.S.-based car maker.

Bluepoint’s leaders though, are keeping a close eye on a German competitor, Tek-Kraft. Tek-Kraft also used government incentives to build a semiconductor plant nearby. Bluepoint seems to be in a budding talent war with Tek-Kraft.

But as monsoon season builds to a peak, Bluepoint finds it has something else to worry about. The rain is coming down like no one in Haryana has ever seen.

“It’s Superstorm Sandy all over again,” says an engineering consultant that works with Bluepoint, on a call with Fiers and other executives as flood waters begin to overwhelm the lower elevations.

“What do you mean?” says Fiers, with some irritation in her voice. She doesn’t initially get the connection.

“I mean that a couple of underlying factors are producing flooding like this area has never seen before,” he says patiently.

“One, climate change is increasing the intensity of storms and other climactic actors like monsoons. This area has probably never seen such moisture.”

“And the second?” Fiers says. Panic is causing her to lose her composure.

“The second is that there is no way local flood maps could take into account the rapid increase in development which has sealed off the soil with concrete, asphalt and business parks,” the consultant says.

“There’s nowhere for all this water to go.”

The image of the old man pointing to the temple wall flashes in front of Fiers’ eyes. How high up that wall will this flood go? The answer is … high enough.

Bluepoint’s Chandigarh location is devastated by three days of flooding. The old man Meredith Fiers interviewed never thought he’d see the day when that 1945 flood is eclipsed. Well that day is here.

Nothing to do for it but get on the phone with her broker and her carriers. Fiers takes a deep breath and starts dialing.

“You’re in good shape from a coverage standpoint,” her broker tells Fiers when they connect and go over the policies two days after the plant is so severely damaged. “You’ve got robust property coverage. You’ve got business interruption coverage as part of your property policy. No issues there given how long we think it will take the plant to get back up to speed, which I think is about nine months,” he says.

“Of course we have some work to do to make sure we don’t get hurt at renewals,” he added. “But with your loss run, you should be okay,” he added.

But Fiers isn’t convinced that all is well. She’s right.

Six months later, with the re-opening of the Bluepoint Chandigarh plant a mere three months away, the company is buffeted by a different kind of flood; a wave of bad news.

The first blow is that Bluepoint loses Todah as a customer. The superstar hybrid maker picked up a new supplier while Bluepoint was down. Guess who? Yes, it’s Tek-Kraft.

Then Bluepoint loses the contract with the U.S. hybrid maker. Semiconductor makers with locations in China and Thailand were only too happy to pick up that business.

Still, Bluepoint executives push on to open the Chandigarh plant. Their sales people are begging other customers to stay with them until they can open again.

Their pleas may be in vain. Bluepoint puts out the word that it is hiring again at the Chandigarh plant. Unfortunately very few answer the call.

Local officials indicate that much of Bluepoint’s work force is now working for the Tek-Kraft plant.

“We’re none too happy with how your company has managed things here,” a Haryana economic development official tells a Bluepoint manager.

“So now it’s our fault?” the manager says.

Politics being politics, somebody’s got to take the blame for squandered tax breaks that in the end, failed to create long-lasting jobs. In these parts, Bluepoint is now the bad guy.

Bluepoint is rocked by the events in Haryana.

One day, just to escape the tension of what has become a daily work nightmare, Meredith Fiers takes a walk on the outskirts of the local village.

Coming up to the Jujube tree, she sees the village elder, the one that pointed to portentiously to the temple wall’s high water mark.

With his ever-present cigarette he looks sadly to the damaged temple, where there is a new high water mark. Fiers’ gaze follows his.

“If I only knew,” she says to herself.

Risk & Insurance® partnered with FM Global to produce this scenario. Below are FM Global’s recommendations on how to prevent the losses presented in the scenario. This perspective is not an editorial opinion of Risk & Insurance®.

Do not underestimate the impact you can have on reducing the potential damage and disruption to your business if flooding occurs. It all starts with a clear understanding of the risk, flood maps, onsite engineering expertise, local knowledge and a flood emergency response plan.

At important facilities, an onsite engineer is crucial to evaluating factors such as changes in terrain and infrastructure, impediments to water flow and other factors. Ideally, the facility should lie outside of a flood zone. Flood maps and onsite engineers are your best defense to mitigating flood exposure.

Regional and global mapping capabilities represent a unique blend of scientific knowledge, local expertise and technology to ensure you have the most comprehensive, up-to-date information to help you make informed risk improvement decisions.

But, if your facility is flood exposed, an engineer can look at opportunities to provide fixed or temporary flood protection, such as flood barriers or elevating critical assets.

A flood emergency response plan (FERP) can help you:

Taking action against flood can lead to disruption. After all, there always is the chance that predictions are wrong and the flood may not occur. By truly understanding the potential flood event, as well as the nature of the warning and timing, you will be able to determine a “point of no return,” after which your plan will not have time to work. This may be the most critical part of the plan, so it’s essential that your entire team is aware of the implications, supports the plan and agrees to who has the authority to put the plan into place—regardless of the immediate business implications. 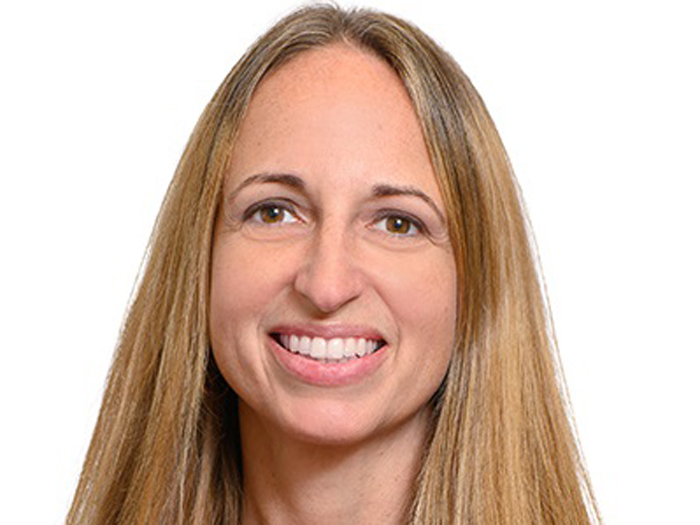 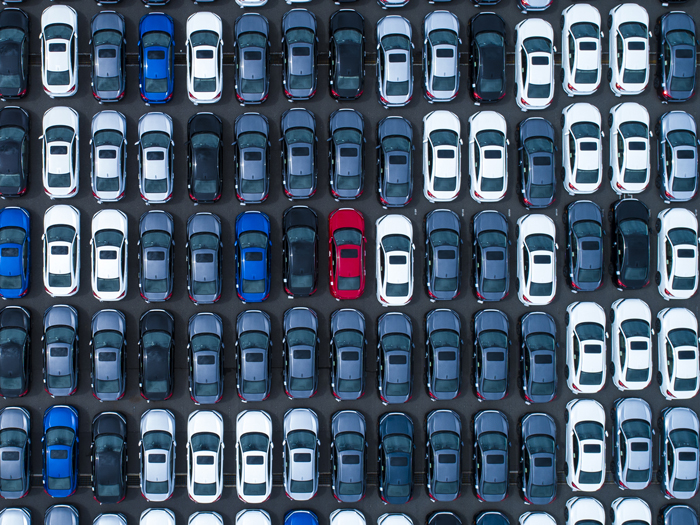