The Case: Vaping company Juul Labs has been sued by the Massachusetts Attorney General’s Office for allegedly targeting minors with its advertising.

The suit, according to New York Times, alleges that Juul “purchased ad space in its early days on numerous youth-focused websites, including those of Nickelodeon, the Cartoon Network, Seventeen magazine and educational sites for middle school and high school students.”

The complaint even claims that Juul turned down an ad campaign aimed at adults for one focused on children. The lawsuit demands that Juul “pay for the costs associated with combating this public health crisis affecting young people across Massachusetts” but did not specify a specific dollar amount. Juul has repeatedly denied claims that it markets to teens and says it has been a positive force for helping adult smokers transition to non-combustible options.

Scorecard: The complaint was filed on the heels of a lawsuit from the Pennsylvania Attorney General’s Office claiming that Juul not only targeted minors but also “misled consumers about the health risks and addictive power of its nicotine vaping pods,” the Philadelphia Inquirer reports. Both cases are in the early stages.

In October 2019, Juul reached a settlement with the Center for Environmental Health agreeing to stop marketing to teens.

SeaWorld to Pay $65 Million to Settle Suit About Blackfish Fallout

The Case: The 2013 documentary film Blackfish detailed SeaWorld’s origin story, argued that the theme park abused killer whales in captivity, and discussed the death of SeaWorld trainer Dawn Brancheau during a show in 2010.

It was a damning account — but did it lead to steep declines in attendance and revenue at the theme park? SeaWorld claimed it did not, but the SEC filed a suit claiming that SeaWorld lied to investors about the film’s effect on finances, allegedly violating the Securities Exchange Act of 1934, according to CBS News.

Scorecard: SeaWorld agreed to settle the case for $65 million — $45.5 million from insurance proceeds and $19.5 million in cash. The theme park did not admit any wrongdoing.

Takeaway: Blackfish represented a turning point for SeaWorld, leading to animal rights protests, entertainers pulling out of shows, and an eventual promise to stop breeding orcas in captivity. It also led to a 2018 settlement where the park and CEO agreed to pay $5 million to settle claims that it misled investors about the film’s effect on business.

The case: Keith Wildhaber argued in Circuit Court that St. Louis County Police Department commanders denied him promotions 23 times for being gay — and retaliated against him for making a claim to the U.S. Equal Employment Opportunity Commission.

Scorecard: St. Louis County settled the case for $10.25 million. “County officials said they did not know yet how much of the amount would be covered by insurance policies and how much would be borne by taxpayers,” according to the St. Louis Post-Dispatch.

The most convincing evidence, according to jurors, was “testimony from a key witness who said a police captain told her at an event in 2015 that Wildhaber would never be promoted because he was ‘way too out there with his gayness.’”

Takeaway: In this case, it appears that St. Louis County Police Department is taking steps to make things right — appointing Wildhaber to the position of commander of the department’s new diversity and inclusion unit. & 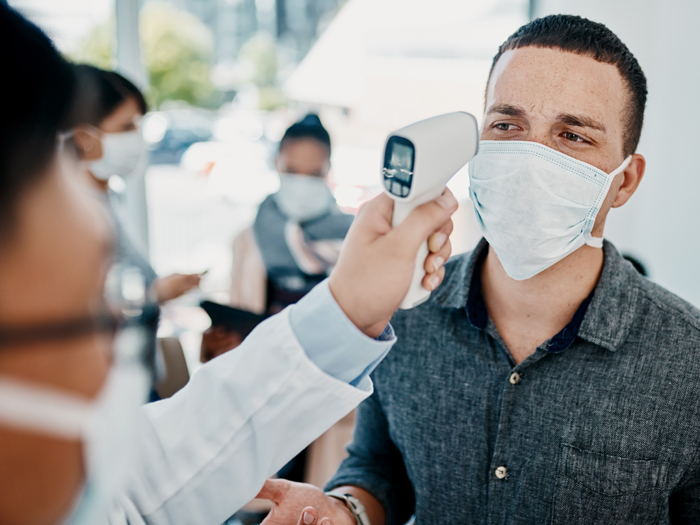