When an insured reports a claim late, it might be too late to reverse pending legal action. Timely claims reporting, therefore, is a must.
By: Allied World | April 1, 2020 Claims are unpredictable. Even the best insurance carriers and their insureds cannot anticipate the rise of a new claim before it occurs. However, that does not mean the insurer and insured can’t be prepared to handle claims as they arise.

A clear claims handling strategy is a must for every business, and that starts at the onset of the relationship between policyholder and insurer. Open, honest communication is key in order for the policyholder to receive the right coverage from the insurer for its unique set of risks.

Building a strong partnership at the very beginning also benefits all participants in case a claim does arise.

Gregg Glick, Senior Vice President, Allied World’s Private Company/Not-For-Profit Practice Lead, Private/Healthcare Division, said, “Having a strong broker, client and carrier relationship throughout the claims process makes things so much easier when that claim does come in. A claim is typically not an enjoyable experience for any of the parties involved, so beginning the relationship at that difficult point in time is a losing proposition. Building the relationship early and often allows all parties to focus on the task at hand when that claims come in, leading to better results.”

In the event a claim against an insured does occur, early claim reporting is critical to maintain a healthy relationship between both parties.

“Getting ahead of matters is proven to result in better outcomes and helps support a partnership that is transparent and based on current information,” said Glick.

Every day a claim goes unreported to the insurer can leave the insured vulnerable to several consequences, from denied claims to higher settlements. Here is a closer look three things that could happen when there is late reporting of a claim.

1) Delayed or late reporting can lead to a denied claim. Facing a claim is difficult on its own. Many insureds don’t have as deep a knowledge of claims handling as their insurers might, because they may not have an internal claims team. That is why when a claim comes in it is imperative to bring the insurer on board as soon as possible.

Generally, an insured is required to report a claim to its insurer “as soon as practicable” after it is first made. This is to ensure that all parties are aware of the claim and all parties are beginning to take the next steps to handle it.

However, insureds might delay reporting a claim and instead try to handle the claim on their own.

This can happen due to a number of reasonings, including a lack of understanding of claim reporting conditions on the side of the insured.

There can also a preconceived notion that all claims made lead to higher premium costs, essentially discouraging insureds from reporting.

However, not every claim made by an insured guarantees higher premium.

But delayed or late reporting due to that fear can lead to a denied claim.

Prolonging reporting could lead to higher expenses on both the insurer and the insured. Therefore, the best practice is to report as soon as possible.

When a claim is reported, the insurer gets to work, determining which policy period the claim falls under, the terms and conditions of that policy, and which carrier is responsible.

2) Good legal counsel can make or break a case; without the insurer’s input, the risks could be dire. If a claim is headed to court, having the right legal counsel is key.

However, if an insured chooses to delay reporting and instead act on its own, it may not find the best counsel for its case.

Erin Ringbloom, Esq., Vice President, Allied World’s North American Claims Group, said, “A strong legal team will help create a defense strategy immediately and work with the insured and insurer to formulate a plan for resolution. If the legal team lacks the experience necessary to handle the case, the plan for resolution may be flawed, inefficient and costly. We have vetted hundreds of attorneys and firms and can assemble a team that vigorously advocates for our insured and has the experience to take on any litigation challenge.”

When a claim is first made and reported, the insurer and insured will discuss the best next steps. That starts with choosing the right law firm that will help develop a strong defense strategy. The aim is to answer questions like: Will they need to settle? For how much? Should they continue to defend in litigation or attempt to find a different course of action?

This part of the claim process can be expensive, especially if the wrong attorney is on the case. Insurers often have legal teams or access to a wide panel of attorneys who can get a claim on the right track.

For example, Ringbloom added, “the claims team at Allied World has a depth of experience and a wealth of knowledge that can be invaluable when formulating an initial response plan.”

But if a claim is reported late, that all can change.

“Getting the right legal team involved shortly after a claim is made can prove incredibly important. When the right team comes to the party late, either, in the midst of litigation or during another critical point, it can cost time to get them up to speed. Unfortunately, time is not something that anyone can stand to lose in litigation. It is also likely the insured has incurred pre-tender defense costs that can ultimately be uncovered, causing them to spend more than is necessary,” said Ringbloom.

3) Missed opportunities early in the claim can lead to higher settlements later on.

Sometimes a claim that is reported late can lead to a much higher settlement. This is because in the time spent delaying reporting, the claimant has the opportunity to push their case forward while the insured scrambles to find the resources it needs without the counsel of its insurer and their legal team.

When a claim is made, in the form of a demand letter or a class action suit, the defense team can decide the most cost-effective resolution. The earlier the defense team starts making these decisions, then the better it is for the case.

Ringbloom said, “Unfortunately, defending a lawsuit or any claim can be quite costly. When your defense team is assembled shortly after the claim is made, it can immediately come up with a focused plan for resolution. The more focused your team is on the resolution, the higher likelihood of a positive outcome, which could mean reduced costs and attorney’s fees in the long run.”

But by waiting to report the claim, the insured could be setting itself and its insurer up for a longer court battle.

“Being able to recognize settlement and other resolution opportunities is an important skill of the defense team. A strong defense team, that includes your insurer, will be able to opine on dispositive motions that could prove successful. Other strategies for resolution like mediation or direct negotiations could also have positive outcomes. However, if these opportunities are missed, the insured could expect rising defense costs that would have otherwise been avoided,” said Ringbloom.

Missed opportunities can also come in other forms, like witness interviews. Conducted early in the life of the claim, witness interviews are more likely to have clearer information and can potentially assist in liability evaluation. The longer it takes to bring in a witness, however, the further away from the event it gets.

“Unsurprisingly, the recollection of witnesses does not get better with time. If an insured waits to tender the claim and counsel does not have access to key witnesses, the defense can crumble. By the time counsel gets to the witnesses, they may have a faulty memory or may not be able to be tracked down at all. Even if a witness does not support our defense position, the earlier we are aware of this, the better,” said Ringbloom.

Setting Up a Team for Success

No matter how compelling a reason for late notice may be, it does not make the real cost to the insurer — or insured — any less, Glick and Ringbloom explained. They added that it is not possible to predict all the varying reasons why an insured might report a claim late, either.

Nevertheless, it can be addressed before a claim ever occurs. By working collectively with your brokerage, underwriting and claims team, many of these costly scenarios can be contained. Be inquisitive and ask lots of questions on the mechanics of the contract, not just the basics around limits and coverage, as the coverage is worthless if late reporting or other breaches lead to claim denials.

Allied World seeks to build collaborative relationships with its insureds.  These relationships start with the underwriting teams and flow through experienced and dedicated claims resources around the world. The Allied World global claims team is ready to help its clients succeed by building the relationship needed to reach each goal.

The Allied World global claims team prides itself on understanding its clients’ needs and business long before they have a claim. That way, if the time ever comes to report on a claim, their clients know exactly what to do and it can be addressed swiftly. 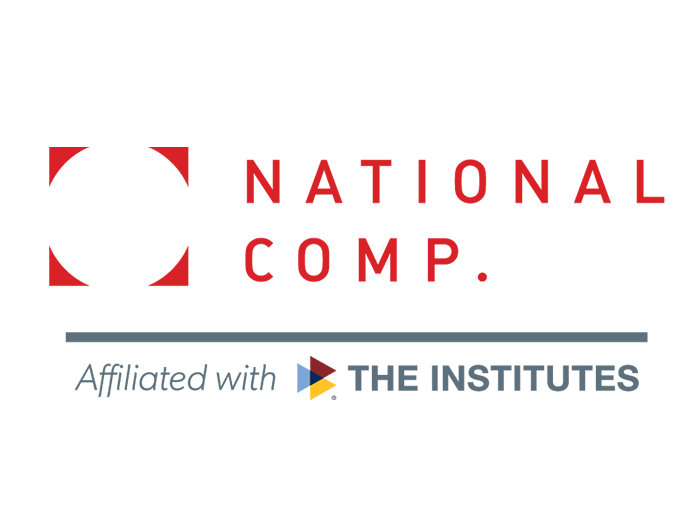 The 2022 National Comp Conference will be held Oct. 19-21 at Mandalay Bay in Las Vegas. Registration is now open.